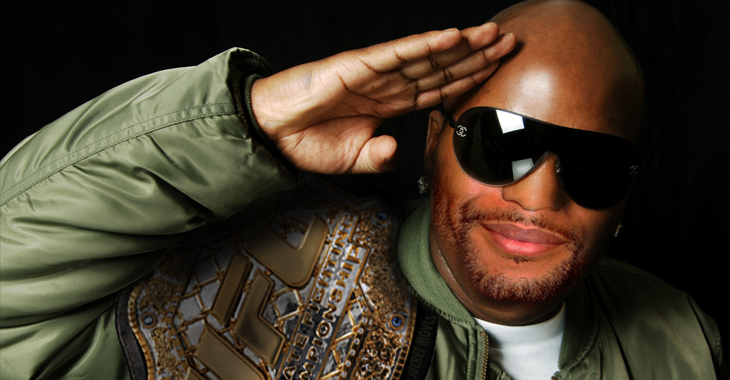 2018 could be Daniel Cormier‘s last year of fighting!

The UFC light heavyweight champion of the world, who turns 39-year-old in 2018, recently sat down with ESPN.com where he discussed his future in fighting.

“I’ve been pretty vocal about it, that you’ll never see me at 40,” Cormier told ESPN.com (as transcribed by BloodyElbow). “We may be going into my last year in 2018. And I’m completely at peace with that.”

“It’s time for this dude [nods at his son, Daniel Jr.] to take precedent in terms of sports. I’ve been doing high-level sports since I was 15. I can’t do it forever. I’m ready to give the commitment and focus to my boy, after a few fights. I’ve got a couple [fights] left in me.”

“DC” will return to action in the co-main event of UFC 220 on January 20 in Boston where he will defend his title against top division contender Volkan Oezdemir.

Cormier has not competed since UFC 214 in August, where he suffered a third-round TKO loss to Jon Jones (watch that here). The fights outcome was later changed to a no-contest after Jon Jones tested positive for banned substances.

Prior to his rematch with “Bones” at UFC 214, Cormier had strung together four straight victories including two submission wins over knockout artist Anthony “Rumble” Johnson.

As for Volkan Oezdemir, the 28-year-old has wasted “No time” since making his promotional debut in February.

Volkan earned a split-decision victory over Ovince Saint Preux in his first fight and then scored back-to-back first-round knockout victories over Misha Cirkunov and most recently Jimi Manuwa.

Who would you like to see “DC” fight in 2018 before he decides to hang up the gloves for good? Sound off PENN Nation!