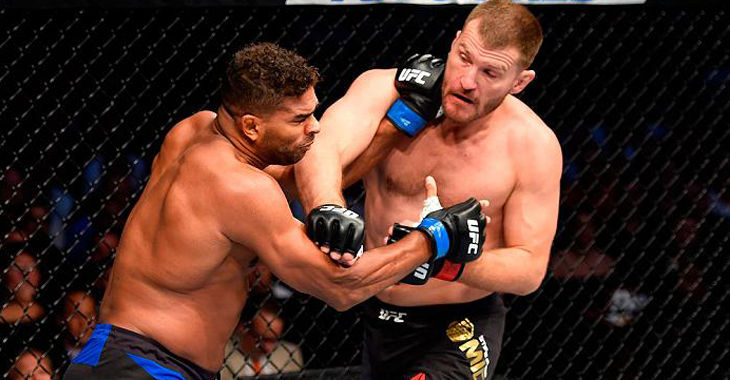 Over the weekend, UFC President Dana White and WME boss Ari Emanuel touched down in Cannes, France, where they participated in the Lions International Festival of Creativity. During the festival, White and Emanuel announced some interesting, UFC-related news. Apparently, the promotion will be adding sensors to fight gloves, shorts, and to the surface of the Octagon itself in order to provide new, real-time statistics during fight broadcasts. The plan is to integrate these stats with the UFC’s powerful social media presence during broadcasts for an engaging, interactive experience.

As you might expect, these sensors will shed light on how hard and fast strikes are thrown. The stats will also provide some context as to how much fighters improve their technique from fight to fight. This technology will be based on technology used in Major League Baseball.

“We’re working on a lot of stats,” White said (h/t NYPost). “We want to see the best knock out. It’s perfect for social media.”

“We’re going to start creating videos from it that will be shareable with emojis,” Emanuel continued. “We’re about six months away from that.”

This, of course, is not new technology. Several boxing organizations have applied sensors to their fighter’s gloves in the past, generating varying levels of interest in doing so.

Do you think this new initiative will improve the UFC viewing experience? Weigh in in the comments section!