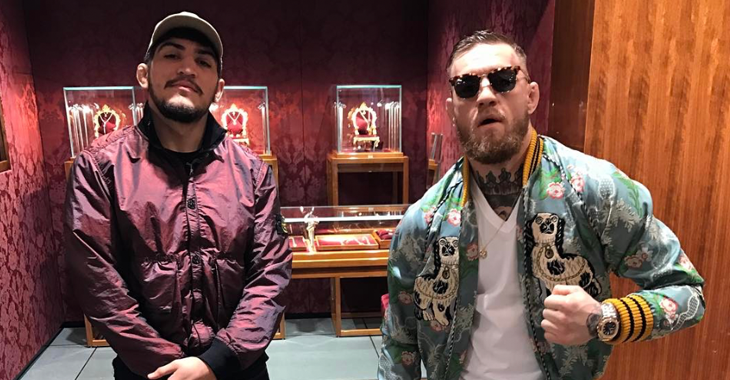 When Conor McGregor steps into the boxing ring with Floyd Mayweather Jr. on August 26, he will make more money than he ever has competing in MMA – much, much more. He will make so much money that many fans expect him to walk away from the sport of MMA for good after the fight.

According to McGregor’s training partner Dillon Danis, however, McGregor is likely to return to MMA despite taking a pay cut to do so, as MMA is his true passion.

“He can do what he wants,” Danis said in a recent interview with TMZ (h/t MMAFighting.com). He’s the one that they’re all trying to get a fight with, in boxing and in MMA, so he has his options. MMA is his passion so I would think he’d go back to that but he has the option. . . At the end of the day, we’re all competitors. But whatever he wants to do, he has options.”

This, of course, is in keeping with Dana White’s recent statements that McGregor will return to the Octagon to defend his UFC lightweight title before the end of the year, win or lose against Mayweather.

Danis also gave a quick prediction for this Floyd Mayweather vs. Conor McGregor fight. Unsurprisingly, he expects his friend and training partner to win decisively. In fact, he expects a knockout in the first half of the fight.

“I don’t think [Mayweather will] hang with him, I think he knocks [Mayweather] out,” Danis said. “100 percent. I believe in him. I think it [will be] a little more dragged out [than McGregor’s 13-second KO of Jose Aldo]. Mayweather’s a little bit better at avoiding the shots so I think maybe under six [rounds].”

What do you think of Dillon Danis’ take on Floyd Mayweather vs. Conor McGregor? Will McGregor actually return to MMA post-fight? Join the conversation in the comments section!