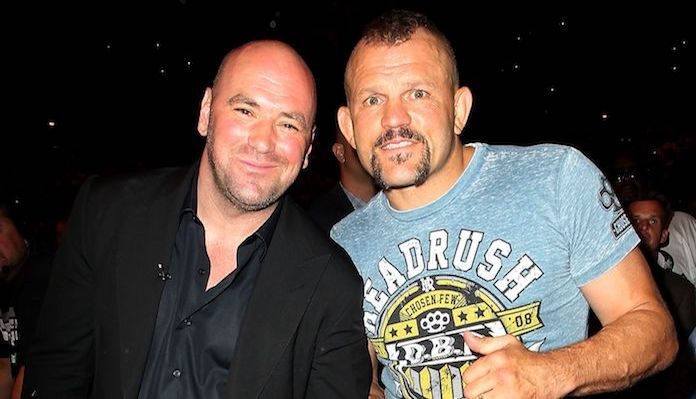 Chuck Liddell has been toying with the idea of a comeback for quite some time, and now it sounds as though he’s closer than ever to pulling the trigger.

“We’re finalizing contracts, getting everything rolling,” said De La Hoya (transcribed by Jed Meshew for MMA Fighting) . “I’m excited. I’ve been talking to Chuck and Tito. They have a crazy history among both of them. Both guys are beasts. If they want to fight each other, I’m ready.”

This undeniably strange news has reached the ears of UFC President Dana White, a long-time friend of Liddell. White is hoping that Liddell’s involvement in De La Hoya’s new MMA promotion will be strictly on the business end of things. If Liddell fights, meanwhile, White says he’ll be disappointed.

“I get it,” White said on the UFC Unfiltered Podcast. “Everybody sees whats going on, everybody wants a piece, and I hope that’s the case. What I do hope is that he is partnering up with Chuck Liddell and they are going to be partners other than have Chuck Liddell come in and fight. If they are going to partner up in the MMA business, nothing will make me happier. That is awesome and I would love to hear if that is true for Chuck. If he plans on kicking off his MMA program with Chuck fighting, that would not be good and really, really bum me out. Chuck Liddell is almost 50 years old, he doesn’t need to be fighting.”

Chuck Liddell has not fought since 2010, when he was knocked out by Rich Franklin. This KO loss was preceded by two others, dealt by Mauricio “Shogun” Rua and Rashad Evans.