Zhang defeated Jessica Andrade in just 42-seconds (watch that here) to capture the promotions coveted 115-pound title in today’s headliner. In doing so, Weili became the first Chinese champion in UFC history and also extended her current win streak to twenty in a row.

Having run through the now former champion with ease, Dana White is not quite sure what will come next for Weili Zhang (20-1 MMA).

“I don’t know if they’re all taking time off right now. Rose (Namajunas) is definitely taking time off,” White said (via MMAFighting). “Rose got slammed on her head and wanted to take some time off after that, which is understandable. The other girls are all fighting, there’s other fights happening right now and as they play out it will determine what’s next for Weili.” 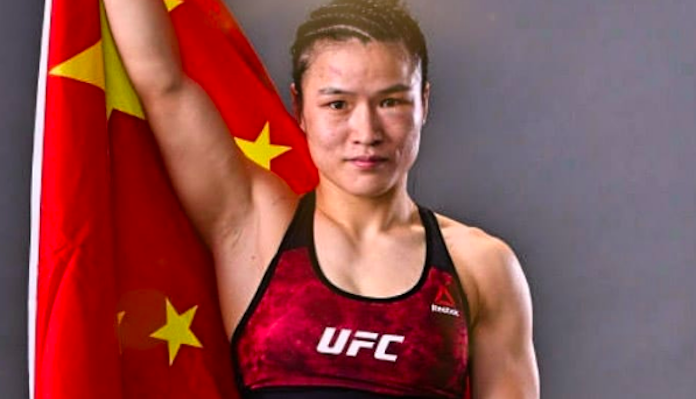 The Chinese standout, Zhang, has now gone 4-0 under the UFC banner. During that stretch she has defeated Tecia Torres, Danielle Taylor, Jessica Aguilar and now Jessica Andrade.

Meanwhile, Jessica Andrade falls to 20-7 overall in defeat. Prior to her title loss to Zhang, Andrade was on a four-fight win streak which included victories over Tecia Torres, Claudia Gadelha, Karolina Kowalkiewicz and Rose Namajunas.

Which opponent would you like to see Dana White and UFC officials book Weili Zhang against for her first title defense? Sound off in the comments section PENN Nation!