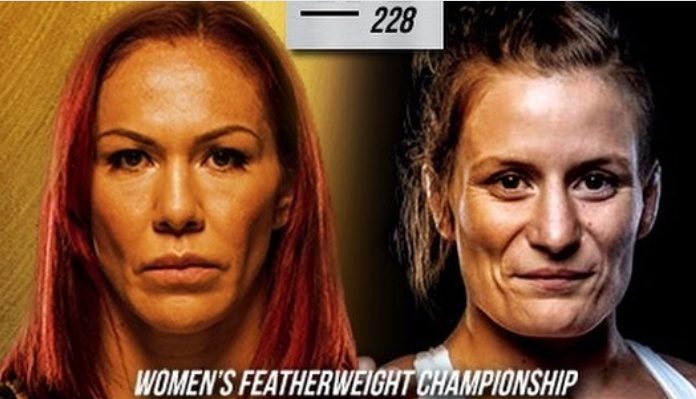 Looking for a fight of her own against seemingly anyone, Cris “Cyborg” Justino isn’t generally one that attracts opponents.

In the UFC’s borderline non-existent featherweight division that consists of only two legitimate 145ers, something needs to change. That something being additional fighters.

After former Invicta FC champion Megan Anderson’s loss to recent Cyborg victim Holly Holm, there is now no one next in line for the queen of featherweight.

But wait! There are actually some featherweights outside of the UFC who haven’t yet been swooped up to Bellator (also known as the biggest name MMA organization with an actual division).

One of those fighters that is currently somewhere in the middle is Invicta FC veteran, Pam Sorenson.

The 7-2 Sorenson has earned notable wins in her career over the likes of Jessica-Rose Clark, Jan Finney, Helena Kolesnyk and current UFC flyweight champion Nicco Montano.

After not being selected for season 28 of The Ultimate Fighter, Sorenson has been strongly campaigning for her chance at fighting for the title.

I WANT this fight! I have a lot of respect for her, but I’ve been out of the cage for almost 8 months now. I’ve been in the gym improving and I know I have what it takes to not only give @criscyborg a good fight, but to beat her.
I have to say I’m beyond frustrated with some fighters’ unwillingness to take a challenging fight, seems they’d rather keep a pretty, yet bullshit, record. I’ve taken every fight offered to me, and been turned down more times than I can remember. I’m sick of sitting on the sidelines, I’m ready to fight!!!

With Cyborg’s clear unhappiness about when UFC bantamweight champion Amanda Nunes wants to do their super fight, the 145-pound ruler isn’t looking to wait around and has even supported the idea of Sorenson as someone who should get a title shot against her.

If Amanda Nunes 🏃‍♀️is hurt and can not fight until next year I do not need to wait 10 months without a fight. I can fight @dandoiscindy @indiagomesmma or @pambamsorenson at #ufc228 or #ufcsp! They are all ranked top 10 and I am healthy and in the prime of my career. I am ready to fight now and should not be penalized because Nunes is hurt

Whether or not Cyborg will get to fight at UFC 228 in Dallas, Texas is still to be determined. Regardless, she doesn’t really care where and when it is as she is even open to fighting on UFC fight night Sao Paulo on September 22nd.