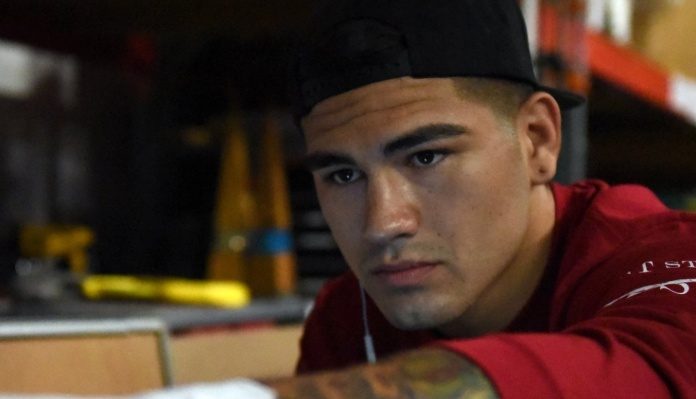 When it comes to fight nights, you couldn’t have asked for much more in week 2 of the second season of Dana White’s Tuesday Night Contender Series.

We were treated to five fights and five finishes, three knockouts and two submissions. On top of that, we got a record four UFC contracts handed out to the winners.

Kicking off the action was a welterweight bout between ‘The Body Snatcher’ Dwight Grant and Tyler ‘Zombie’ Hill. A great battle of nicknames, it delivered in the fighting department as well.

Hill lived up to his nickname with his steady forward pressure while Grant was more methodical and attacking off the back foot to land counters. Many of which landed and were absorbed by Hill. That was until the second round.

Grant would land a massive right-left hook combo on Hill that shut the lights out.

In the second bout of the night, we saw light heavyweights take the stage.

Returning from last season was former LFA champion, Ryan Spann who took on Emiliano Sordi and he wasted no time on making things right this time around.

Spann charged forward and stunned Sordi before latching on a tight guillotine that put Sordi out in just 26 seconds.

The third fight featured the featherweights as Austin Springer took on the accomplished striker, Giga Chikadze.

Springer, an Ultimate Fighter season 22 hopeful hoped to finally earn his way to the grandest stage in MMA.

After suffering early adversity on the feet, Springer began to control the striker, Chikadze on the ground with his powerful wrestling which was really the story of the fight.

Come late in the third and final round, Springer would find himself on Chikadze’s back to sink in the rear naked choke and force the tap.

In what is being considered the most impressive performance of the night belongs to former LFA middleweight champ, Anthony ‘Fluffy’ Hernandez.

The undefeated Hernandez, like Spann, wasted no time what so ever as he came forward and clocked Jordan Wright with a strong right straight followed by a left hook that caught his attention.

Directly after, Hernandez connected with several punches to put Wright completely out.

In the main event of the evening, we saw more featherweight action as the Alliance MMA product, Matt Sayles took on the undefeated Yazan Hajeh.

Hajeh showed off some flashy moves early on but in the end, he would get caught with a devastating shot that put him down. Sayles would follow him to the mat where he wouldn’t stop pounding until the referee pulled him off.

And Matt Sayles drops Hajeh early in this one! #UFCFIGHTPASS pic.twitter.com/ugXSgMUvhT

In a night with five fights that lasted less than two hours, UFC President, Dana White would end up selecting every winner to get UFC contracts except for Austin Springer.