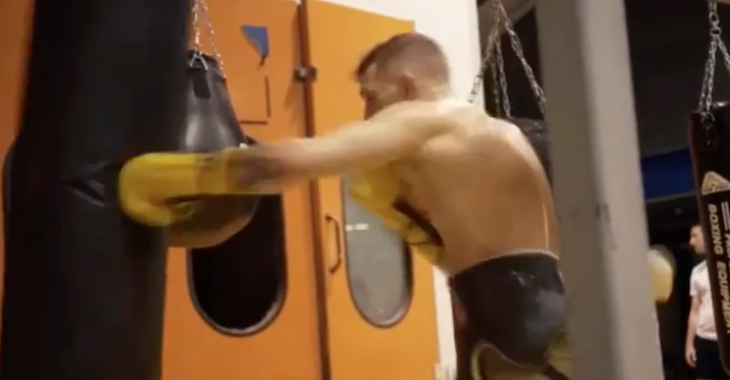 We are just over two weeks away from what could be the biggest fight in combat sports history, as current UFC lightweight champion Conor McGregor will square off with undefeated legend Floyd Mayweather inside the boxing ring on August 26.

The second of two consecutive media days took place this evening live from the UFC Performance Institute in Las Vegas.

Yesterday, Floyd Mayweather spoke with members of the media and then performed an open workout.

Today, it was Conor McGregor’s turn to take the spotlight and he did so in fashion.

“Mystic Mac” showed up to the media event wearing a Versace Robe which looked like it could have come from pro wrestling legend Rick Flair’s wardrobe.

After talking with members of the media, where he explained his decision to not spar with Vasyl Lomanchenko, McGregor took to the bags and put in some work.