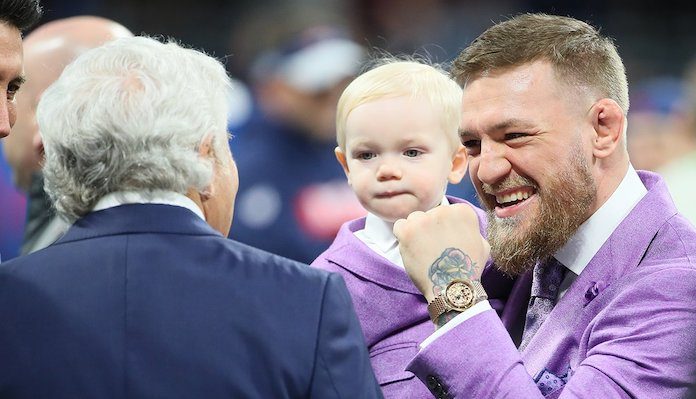 The highly anticipated game will take place in Miami, and the Chiefs currently sit as a small -1.5 favorite, with the over/under set at 54.5 points.

While wild prop bets for the NFL’s big game are not uncommon, one involving a UFC fighter qualifies as being bizarre.

According to SportsBetting.ag, there is a prop bet featuring Conor McGregor and 49ers quarterback Jimmy Garoppolo that has people talking.

Per the website, you can bet on what will draw the bigger number, Garoppolo’s total rushing yards in the Super Bowl, or the amount of total rounds in McGregor’s next Octagon appearance.

Meanwhile, if you throw down $100 on McGregor, a victory would earn you $150 in profit.

Conor McGregor is hoping to have a busy 2020 calendar year. However, UFC President Dana White recently revealed that the Irishman will likely face the winner of April’s Khabib Nurmagomedov vs. Tony Ferguson fight next, meaning his Octagon return may not take place until late this summer.

McGregor returned to the Octagon following a 14-month hiatus at last month’s UFC 246 event in Las Vegas, where he earned a 40-second TKO victory over Donald ‘Cowboy’ Cerrone.

What do you think of UFC star Conor McGregor being included in an NFL Super Bowl prop bet featuring San Francisco 49ers quarterback Jimmy Garoppolo? And, who are you picking to win tomorrow’s big game? Sound off in the comments section PENN Nation!