YouTube sensation Logan Paul is considering taking his talents from the ring to the cage as he recently expressed interest in fighting for Bellator MMA.

Logan was involved in a recent media scrum for the leadup to his brother Jake’s fight with fellow celebrity AnEsonGib, where he stated the following.

“We love you, Scott. Let’s set that meeting up, Scott.” Logan Paul requested.

Logan went on to watch his brother Jake defeated AnEdsonGib in the very first round by way of stoppage.

Paul went on to suggest that he would also be interested in fighting fellow YouTuber JMX, this if the money was right.

“If the money is right, I’ll fight him,” Logan Paul said (via MMAJunkie). “I’m going to put it real bluntly for you, DAZN. I need a fat (explicit) check, like multi, multi millions. Or if there’s an opponent equally or better than JMX and his clout makes sense – and he can bring in just as many viewers as myself  – I’ll be excited about that too.”

If you’re in Miami for @SuperBowl, let me know. #SBLIV @LoganPaul https://t.co/xjUUtRfwcu

“If you’re in Miami for Super Bowl, let me know.” Coker replied to Paul.

While many hardcore fans are not happy with the attention the celebrity YouTube brothers are receiving in combat sports, there is no denying their draw power.

Scott Coker and company would undoubtedly like to cash in on the Paul bros success, but nothing has been made official as of this time. 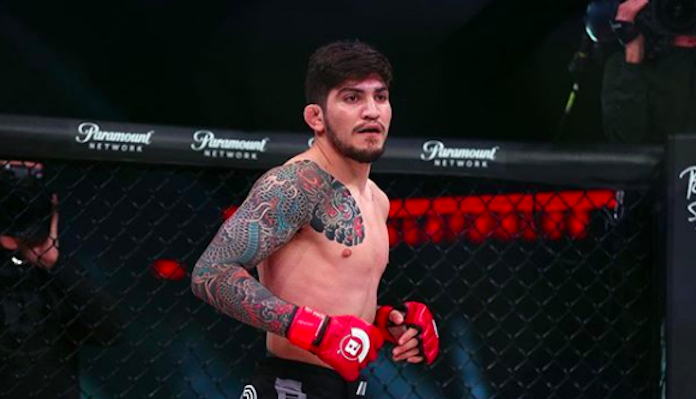 Waiting for Logan Paul in Bellator is longtime nemesis Dillon Danis. The Brazilian Jiu Jitsu wizard and the YouTube star have exchanged jabs on social media over the past several months, and you can bet Danis is onboard for a future showdown.

‘El Jefe’ took to Twitter with the following message after witnessing the exchange between Logan Paul and Scott Coker.

Now, moments ago, Scott Coker tweeted that he is in fact with Logan Paul in Miami!

Would you like to see Logan Paul fight in Bellator MMA? Sound off in the comments section PENN Nation!