Michael Chandler is eyeing a fight with Islam Makhachev for the vacant lightweight title next time out.

The lightweight title was vacated when Oliveira missed weight for his UFC 274 fight against Justin Gaethje. Oliveira ended up winning the fight and Dana White said he would be one-half of a vacant title fight. Yet, he has recently talked about wanting to face Conor McGregor so Chandler says if the Brazilian really wants that fight, he believes he should face Makhachev for the vacant belt.

“Hey, Charles, do your thing, bro. Wait till Conor comes back, do your thing, you deserve it. On a couple fight win streak, smashing through everybody,” Chandler said on his Instagram story. “Why don’t you sit out? Wait for Conor to come back, I’ll keep the division warm, I’ll keep the division going. I’ll fight Islam next, I’ll fight Islam next for the title. And then whenever you get your so-called superfight, do your thing, get it out of your system, then you can come back to our division. See you at the top.” 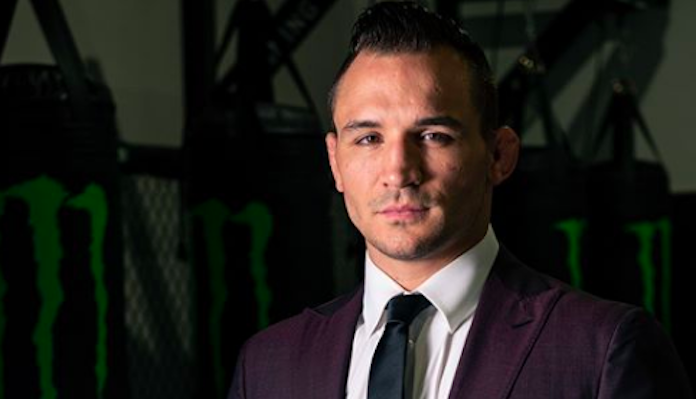 If Charles Oliveira does want the Conor McGregor fight that badly and the promotion doesn’t want to book it for the belt, then Michael Chandler’s idea does make sense. Islam Makhachev will likely be part of the title and both Dustin Poirier and Justin Gaethje are coming off losses so Chandler is the next highest-ranked opponent coming off a win.

However, Oliveira has recently expressed his interest in facing Makhachev so he can lure Khabib Nurmagomedov out of retirement. If that is indeed the case, it’s uncertain who Chandler would face but he did have the verbal altercation with Dustin Poirier which could lead to those two fighting in the very near future.

Regardless, it appears Chandler is itching to return and hopes he will be fighting for UFC gold sooner rather than later.

Do you like Michael Chandler’s idea of fighting Islam Makhachev for the lightweight title?

This article appeared first on BJPENN.COM
- Advertisement -
This article appeared first on BJPENN.COM
Previous articleJalin Turner believes he’s “on a new level” after submitting Brad Riddell at UFC 276: “I’m coming into my own and hitting my stride”
Next articlePedro Munhoz blasts Sean O’Malley for his phony apology at UFC 276: “Now I just feel that I was in the circus”