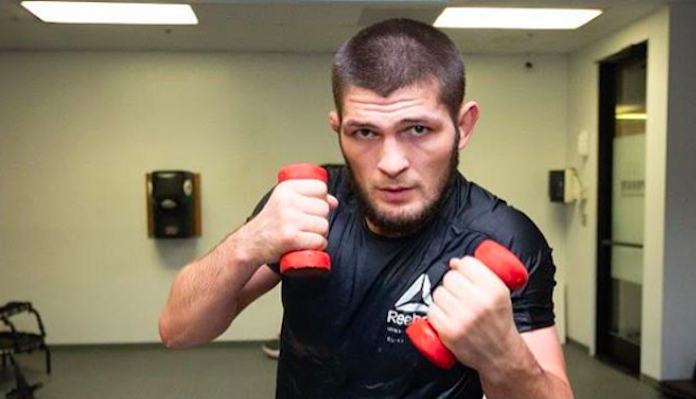 “[Abdulmanap Nurmagomedov] I can see you,” Conor McGregor said in a recent Instagram post, which included a screen shot from his infamous rampage in Brooklyn. “Cowering behind fake respect. Just like your middle child. A quivering coward.”

Now, Khabib Nurmagomedov’s father has responded to this comment from McGregor. He did so in an interview with Azamat Bostanov.

“Mentally they can’t get [under our skin]. In that aspect we are standing firm,” Abdulmanap Nurmagomedov said (translation via RT.com). “We are even letting certain things pass. But we are not forgiving anything. The cage and the fight are still ahead [for Khabib Nurmagomedov and Conor McGregor].”

“For the hype, for the money, to bury Conor’s era is even better for us,” he said. “But if we talk purely sports-wise – we still want the Ferguson fight. I really want him to come back and defeat [Anthony] Pettis.”

“The intrigue is still there, and the whole world is interested [in the Ferguson fight]. It would be 11 and 0 Khabib [in the UFC], 11 and 0 for him. And the fight that hasn’t happened yet,” Nurmagomedov said. “Georges St-Pierre, who has never been defeated as a champion at 170. He came back and took the belt from [Michael] Bisping at 185. It’s always been a dream fight for me. I’ve been following him for a long time. He is a Hall of Famer. He showcased so much in this sport.”

Who do you think will win when Conor McGregor and Khabib Nurmagomedov fight in the UFC 229 main event on October 6?