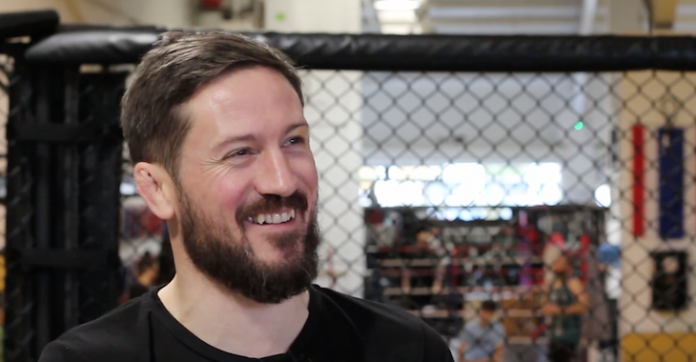 SBG Ireland head coach John Kavanagh has remained relatively silent regarding a potential showdown between his protege Conor McGregor and undefeated boxing champion Floyd Mayweather. With that being said, with the potential fight becoming more real every day, things are starting to heat up.

During a recent interview with Complex, Kavanagh went off on Mayweather as a person, while praising his abilities as a boxer:

“I do think Floyd Mayweather is pretty much a dirtbag. He’s beat up his girlfriends. I’ve watched [clips from Mayweather’s boxing gym] The Dog House. He just strikes me as a real bully-type character. He makes these guys fight each other endless rounds until one is badly hurt. He’s just not a good individual.”

“I’m a fan of his skills, but as a human being, the way he runs his gym, the way he carries himself—I mean, it is a little bit of an exchange of styles like that, so we’ll see what happens,” added Kavanagh. “[McGregor is] already pretty much a legend in Ireland folklore at this stage. But to do that [fight Mayweather]—what can I do except tip my hat to him that he’s embracing this challenge? He wants to fight one of the best boxers of all time.”

Kavanagh, who has been credited as being the mastermind behind Conor McGregor’s skills, may very well need to once again create a masterful gameplan for his pupil should UFC President Dana White succeed in securing a fight between McGregor and Mayweather.

The UFC President recently revealed in an interview that he believes he almost has an obligation to book a fight between McGregor and Mayweather given McGregor’s willingness to step up and fight on UFC pay-per views on short notice, regardless of whether his opponent changed at the last moment.