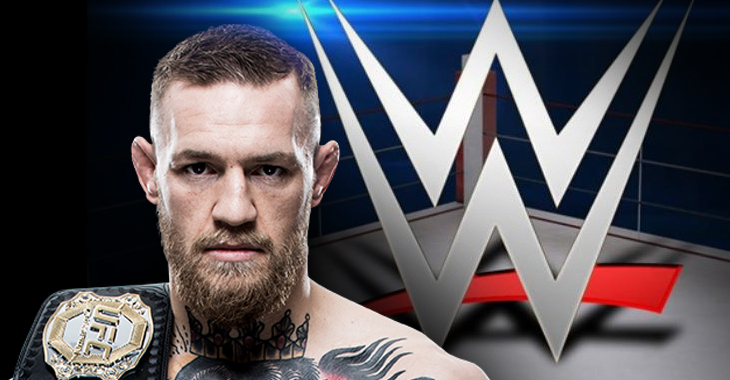 A lot of words come to mind when you hear the name Conor McGregor. We’ll let you fill in your own blanks on that one, but whether it be praise or hate, you have to admit one of those words has to be options. Basically any fight in the UFC inside three divisions is open for the the taking. On top of that, he has at least huge boxing bouts he can explore. If all of that wasn’t enough distractions for him to be lured away from the UFC, he also could Vince McMahon strut into the WWE universe at any time. Legendary Jim Ross said in a recent interview that he’s pretty sure they’ve already discussed business.

“Vince [McMahon] knows who Conor McGregor is. You know, Vince doesn’t live on Uranus. He’s pretty well read, he pays attention, he pays attention. And Paul Levesque [Triple H] certainly knows who Conor McGregor is. Look, I don’t have this concrete information or source telling me all that good stuff, I would be very surprised if the two parties on some level haven’t had some kind of communication. It may be lawyer to lawyer, probably that more than anything, but just to feel out interest. Conor is another global star and Conor will sell wrestling tickets, because for a one-off, for a one-time deal he’ll sell tickets to see how he’s going to do. And he strikes me as the kind of guy that has such a competitive ego that he will do anything to not fail, to not look bad.”

I didn’t mean no disrespect to the @wwe fans. What I meant to say was that I’d slap the head off your entire roster. And twice on Sunday’s.

“I think Conor would be a major hit [in the WWE] because, he can talk, and that’s half the battle. And again, he’s competitive so he wouldn’t want to embarrass himself. So I think somewhere down the road if the stars align, that’s another guy that would be [a perfect fit for the WWE]. And his deal I’m sure would be a one-off, I’m thinking. I’m not sure, but I’d assume it would probably be one-off. But once he’s done with MMA and or boxing or whatever, he’s gonna look for something else to do that’s going to be fun for him and challenging, and that would be it. I mean, he fits right in, he’s a hell of an athlete and he’s tough. He walks like Mr. McMahon. He told people he picked that up from Vince.”

A lot of MMA fans might feel some type of way about Conor McGregor wrestling, but honestly, he doesn’t even have to jump off of any top rope or take powerbombs through tables. Strictly in a manager or “business” role — with the occasional deadly left hand interference — would still be a gigantic hit. Imagine a storyline where McGregor buys part-ownership in the WWE and wreaks havoc on the roster. No matter how it could go down, it’d make money and put people in seats.