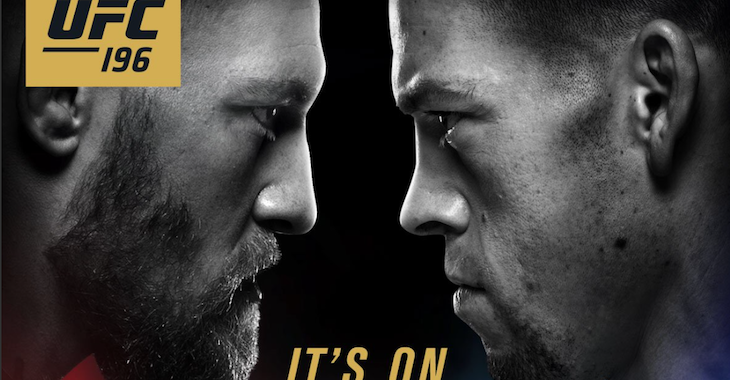 Former UFC lightweight champion Frankie Edgar was absolutely furious last week when he heard that he “refused” to take a fight with the featherweight champion Conor McGregor. Edgar who is injured with a torn groin is unable to fight and appeared on Monday’s MMA Hour with Ariel Helwani to talk about getting over his situation with the UFC and also gave his insight on the matchup between Conor McGregor and Nate Diaz.

When asked what kind of shot he is giving Nate Diaz in the fight with Conor McGregor, Edgar said, “I give him a real shot. His pressure and volume is just tough to deal with for anybody.

“You know, Conor’s biggest thing is range and length, and he doesn’t have it in this fight. So, southpaw versus southpaw, I think a lot can happen here. As long as Nate can take a shot, I mean he’s known to have a good chin, he’s in this fight.”

Edgar then went on to explain what Diaz has to do to win the fight against McGregor.

“He has to just win this fight the way he always does, just pressure,” Edgar said. “He’s gotta put pressure on Conor. He’s gotta take the kicks away as much as possible. You know, Conor is definitely crafty, he has many different kicks. He’s gotta put the pressure, be close enough to negate the kicks and just be himself.”

Who are you picking to win the bout between Nate Diaz and Conor McGregor? Vote here on the BJPENN.COM poll and to see the results on who everyone is picking in the main event welterweight match at UFC 196.