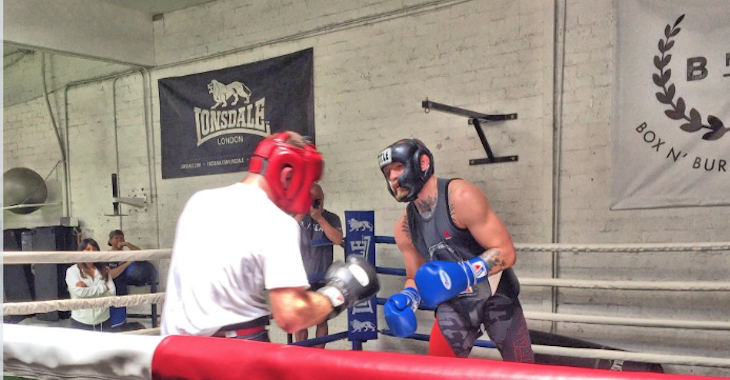 The footage remains the only footage of McGregor sparring against a professional boxer, however ahead of the Conor McGregor vs. Floyd Mayweather boxing match on August 26th, Mayweather’s assistant coach Nate Jones spoke to Submission Radio to explain why he isn’t sold on the footage being 100% legitimate.

“I think I’ve seen that sparring. First of all, like I said, I looked at it, but to me it looked (like) it’s a possibility it could be staged. We don’t fall for that, we prepare for anything. Please believe me, I looked at it and I came up with my opinion that it could have been for real but it could have been staged. I don’t know. His style is a different style from Floyd. I don’t want nobody messing with Floyd. He may be more difficult than Floyd’s gonna be for him. Styles make fights. He may give him a different look inside this ring when he’s sparring him than what Floyd’s gonna give him. We don’t take none of that light. That’s a different man. That man’s name does not start with Floyd Mayweather, so we’re not worried about that. We’re gonna train hard. ”

“I looked it and after a while I watched the whole entirety of it, but I know that it could be staged and that don’t mean anything. We’re not gonna take that lightly. That don’t mean nothing to us. I looked at it, but it don’t mean anything. We’re gonna train like never before. I don’t think Floyd looked at it cause he don’t do that. We’re not worried about that, we don’t worry about that. When you look bad, it don’t matter to us because they could be staged. He might get in the ring with somebody else and they could be staged, or it could be him. We’re just going to see what’s going to happen on August 26th when he’s lined up with the very best. We’ll see then.”