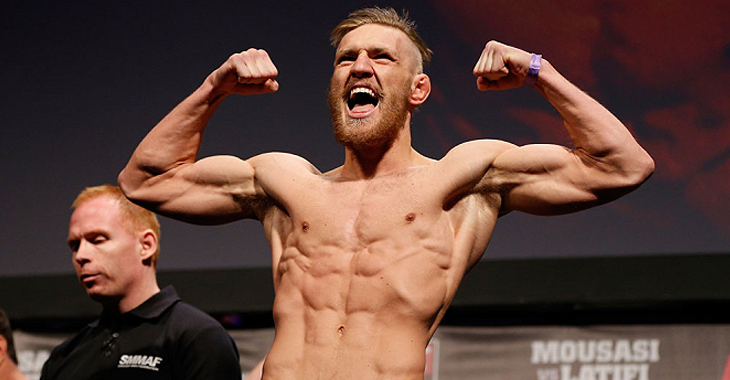 Since Conor McGregor was pulled from his UFC 200 welterweight rematch with Nate Diaz on July 9th for refusing to fulfill his media obligations, there has been much speculation as to when McGregor will return to the Octagon.

UFC President Dana White has stated previously that McGregor’s next fight will be to defend his UFC featherweight championship, leading many to wonder when he would defend his belt against the winner of Edgar vs. Aldo II.

SBG Ireland head coach John Kavanagh revealed in a comment on his official Facebook page that McGregor would be fighting at UFC 201 or 202, with an official announcement coming soon.