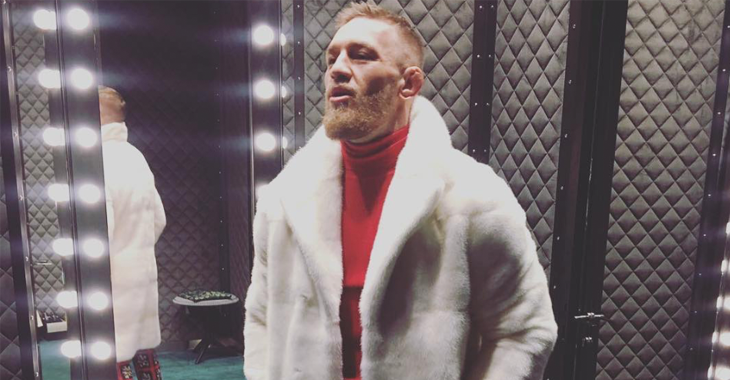 In 2016, news surfaced that UFC champion Conor McGregor was set to star in the upcoming season of HBO’s hit series ‘Game of Thrones’. While the news seemed official, with UFC President Dana White even discussing the situation on Fox Sports Live, that apparently isn’t the case. “I did hear that. I knew a few months ago that they were interested in putting (McGregor) in the show,” White said in an appearance with Fox Sports Live. “I’m glad he did it. It will be great. The show is huge. It’s awesome, and I’m excited for him.”

This past weekend, Conor McGregor appeared at a pay-per view Q&A event, where he opened up on his potential Conor McGregor Game of Thrones appearance:

“That was everywhere and I’ve never even heard about it! I heard about it once after [a fight] … backstage in the dressing room. [UFC brass, including Dana White, were] in front of me and they were saying ‘these [visitors] want you to be in Game of Thrones.’ I’m banged up, my shin’s in a heap, I’ve been kicking his knee’s straight for 25 minutes, my leg’s in bits, and he’s trying to offer me a Game of Thrones role. And I’m saying, ‘Listen, come at me with s–t I want to hear, I’m not trying to be in show business, I’m trying to be in the fight business. Come at me with a real number to fight again.’ So that was the only time I ever heard the [words] Games of Thrones. And it went everywhere like months later! So I don’t know where that came from. But, I’ve never been in contact with nobody from Game of Thrones and now I’m starring in Game of f–king Thrones!”

With McGregor currently looking to have a boxing match with Floyd Mayweather, the odds of he and HBO reaching a deal that sees the Irish superstar appear on Game of Thrones is becoming less and less likely.