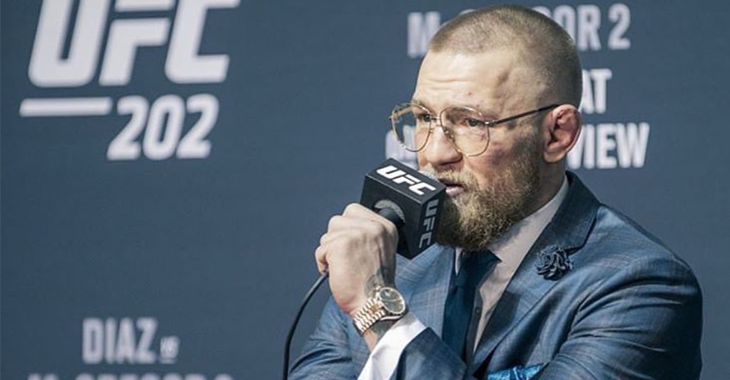 Of course, with the stop being the last of the world tour, tensions were even higher than at previous stops. After Conor McGregor delivered an emphatic speech to those in attendance, which included him rubbing Floyd Mayweather’s head, Floyd Mayweather took the mic. During the course of his speech, Mayweather referred to McGregor as a “faggot” and called McGregor “gay” something nearly all viewers noticed immediately.

McGregor spoke at a media scrum with MMAJunkie following the press conference to react to the slur:

“I actually didn’t even hear that.”

“People are so touchy on words. It’s absolutely crazy,” McGregor said. “If he said that, I couldn’t give a (expletive). I think what he was trying to do was to switch it up and get the people back in his favor. I think it was a bit of a (expletive) move to try and instigate that on me.”

“Everyone with a sane mind that is watching knows what way it is. It is what it is. Some dirty tactics out there, but that’s what to expect. The fight game is a ruthless business.”

This of course comes on the heels of McGregor receiving quite a bit of criticism for what many perceived to be racist comments. With that being said, McGregor stated following the New York press conference that he didn’t intend to be racist with his comments.

Despite that, Mayweather was less than thrilled with McGregor, and explained that the champ disrespected his daughter and the mother of his daughter.