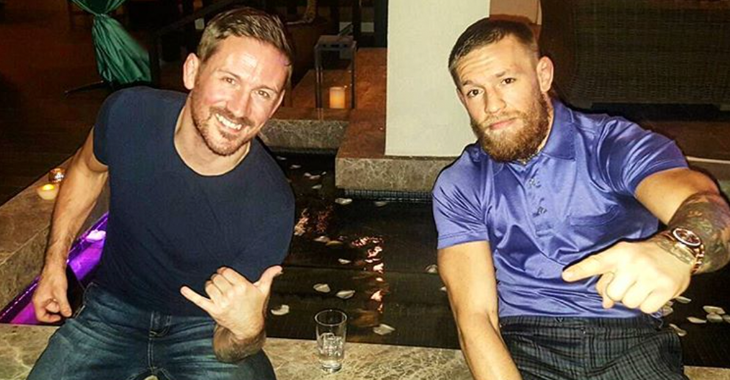 Current UFC lightweight champion of the world Conor McGregor surprised a lot of people with his performance against Floyd Mayweather last night in Las Vegas.

“Mystic Mac” had a very strong opening four rounds, which saw him land some solid body shots along with his well known straight left hand.

Unfortunately for fans of the Irish superstar, McGregor would begin to fatigue in the later rounds and that is when Floyd Mayweather began to unleash his talents.

Mayweather would batter McGregor with punches in round nine and continued his onslaught in round ten which forced the referee to step in and put a stop to the action.

Despite the setback, McGregor’s stock only increased from his fight with Floyd Mayweather.

Trained our hardest and gave it our best shot. Came up short this time but we'll be back. Win or Learn

“Trained our hardest and gave it our best shot. Came up short this time but we will be back. Win or learn.” – Coach Kavanagh

During the Mayweather vs. McGregor post-fight press conference, Conor revealed that he is unsure what will come next in his career. The door is now open for a run in boxing, but “Mystic Mac” also has some intriguing fights waiting for him back inside the octagon.

Who are you hoping to see Conor McGregor fight next? Sound off PENN Nation!