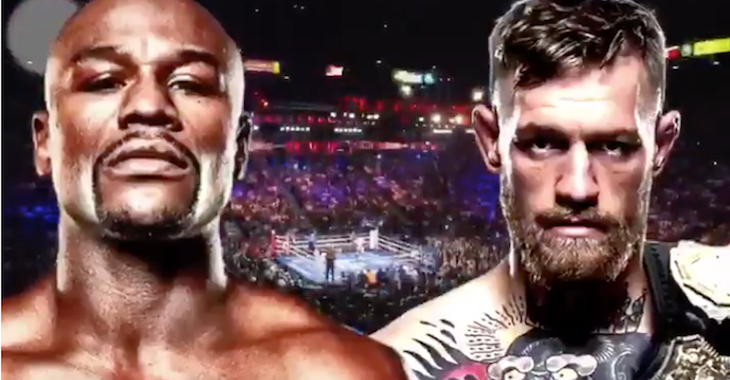 On August 26th, UFC lightweight champion Conor McGregor and undefeated prizefighter Floyd Mayweather will meet in the Octagon for a highly anticipated showdown which will see Conor McGregor look to hand Mayweather his first professional loss.

Ahead of the fight, fans have expressed concern with the possibility of judges being biased in regards to their judging for the fight given that Mayweather is a boxer, and McGregor is of course a UFC fighter.

NSAC director Bob Bennett spoke to MMAJunkie about the possibility:

“There’s no prejudice. There’s no bias. They agreed to box, and they’ll fight like any other boxing match. As long as you follow the rules, then your chances are predicated on your actions in the ring.

“We’re in the middle. We’re here here strictly to regulate the event. That’s what we do for every fight. Nobody has an edge. There’s no favoritism here. They’re two phenomenal athletes. It should be a very, very interesting event, and we’ll see what happens in the ring.”

“All I would say that the people want to evaluate or judge this fight, they should know the judging criteria for boxing and the unified rules of boxing,” Bennett said. “It’s not an MMA fight. And Conor has proven he’s quite a boxer or striker, i.e., the Diaz fight at UFC 202.”

While SBG Ireland head coach John Kavanagh has suggested that the commission look into using longtime MMA referee Marc Goddard as the referee for the boxing match, however NSAC rep Nyra Phillips revealed to MMAJunkie that Goddard isn’t eligible to referee the fight, however they have not ruled out potential MMA judges.

With less than a month to go until the fight, expect details to emerge regarding the referee for the scrap sooner rather than later.