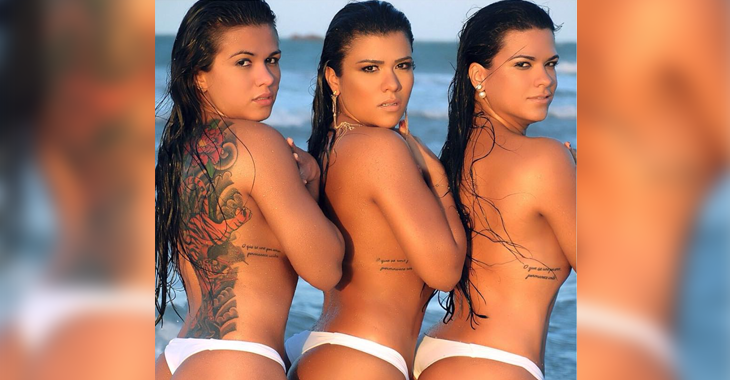 UFC strawweight Claudia Gadelha’s only loss in her professional mixed martial arts career was from her fight against Joanna Jedrzejczyk back in 2014. Their fight was a close one with Jedrzejczyk walking out with the win after being awarded the split-decision victory that many argue could have gone either way.

Gadelha and Jedrzejczyk’s rivalry continues as coaches on “The Ultimate Fighter” series 23 and will rematch this time for the UFC strawweight title in the Finale on July 8.

Here are some of Gadelha’s refreshing photos for this #WCW.

Tatuamos a mesma frase em nossos corpos; "O que se une por amor, permanece unido." O que é a base de qualquer relacionamento. Feliz dia do irmão, minhas irmãs. || We made a Tatto that is a phrase in our bodies; "What is united by love, remains united." What is the basis of any relationship. Happy sisters day, sisters. #teamgadelha #amordeirmao #irmas #sisters #love #sistersday

Who are you picking to win the strawweight title fight between the champion Joanna Jedrzejczyk and contender Claudia Gadelha on July 8? Share your prediction with us in the comment section!