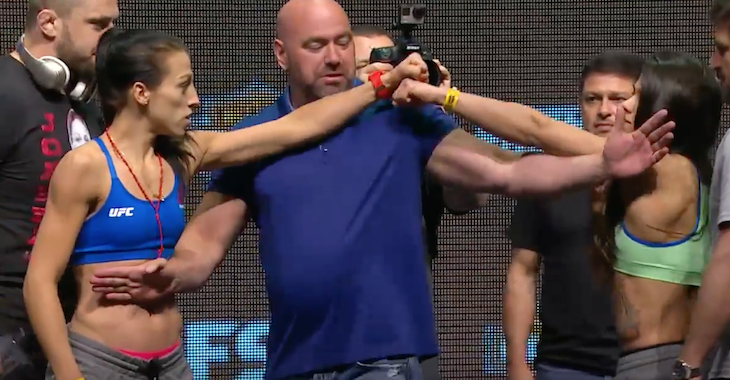 Friday night in the main event of the TUF 23 Finale, Joanna Jedrzejczyk and Claudia Gadelha had their highly anticipated rematch, this time for the UFC women’s strawweight championship.

Jedrzejczyk was able to weather the early storm from Gadelha, and ultimately win via unanimous decision, retaining her strawweight championship in the process.

Following the bout, the pair appeared to make peace inside the Octagon, as they shared a moment of mutual respect. On Fox Sports after the fight, Gadelha revealed that the pair’s rivalry is not over:

“I’ll move on. The things that she did during the show and the things she said was very disrespectful,” Gadelha said. “Like I said, I grew up in the BJJ (Brazilian jiu-jitsu) philosophy and always (try) to respect my opponents and their coaches.