Chael Sonnen is furious with Marc Montoya and Anthony Smith’s entire corner for not throwing in the towel at UFC Jacksonville.

Smith was making his return after nearly a full year away from the Octagon due to injuries to take on Glover Teixeira. Early on, “Lionheart” was having a ton of success but after the first round, the tides shifted. The Brazilian dominated the rest of the fight, dropping Smith and landing vicious ground and pound shots to eventually earn a fifth-round TKO win.

For Sonnen, he is furious as to why Smith’s corner let him go out for the fifth round.

“I am infuriated. That is not who we are, that is not what we do on any level. I do not know what anybody is watching. I can’t believe the corners allowed him to go out [in the fifth round],” Sonnen said on ESPN after the fight. “What is the corner there for if you are not there to protect your guy? Two 10-8 rounds in a row, which by the way would’ve been three 10-8 rounds in a row which have never been done in the history of the sport because it means you have to get your guy out of there. 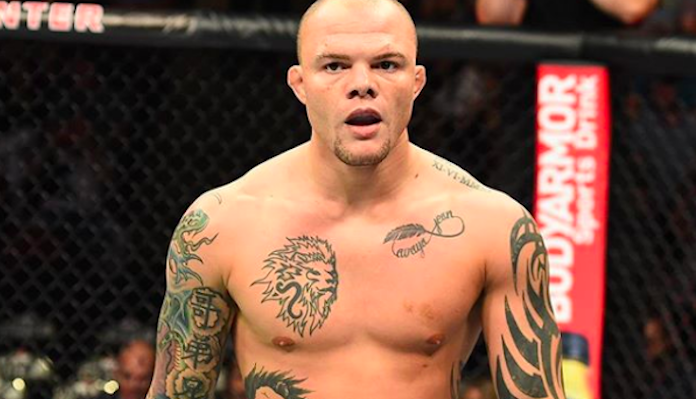 Although Sonnen says some blame needs to be put on referee Jason Herzog for not stopping the fight, “The American Gangster” says a majority of the blame is on the corner.

Sonnen believes Smith told his corner he wanted out without saying the words but his corner never picked up on the clues.

“Why would they not stop the fight? There’s three of these guys in the corner,” Sonnen said. “They all got a towel and none of them thought after two 10-8 rounds, and their guy refusing to talk to the referee, their guy balling up, their guy being knocked down, their guy bleeding out of both sides of his eyes. By the way, then tells them I think my teeth are broken. Nobody picked up the clues?”

Do you agree with Chael Sonnen’s criticism of Anthony Smith’s corner? Sound off in the comment section, PENN Nation!