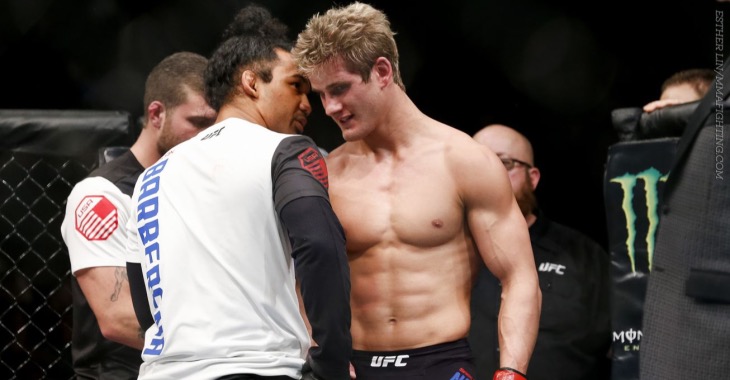 Benson “Smooth” Henderson was there to give the young prospect Sage Northcutt some valuable advise fresh after Sage Northcutt was handed his first defeat.

Sometimes influential people have a knack of being at the right place at the right time, for Northcutt he couldn’t of gotten better advise from the former lightweight champ.

Ariel Helwani on MMA Hour grabs the quote via mmafighting.com

“It sucks,” Henderson said he told the youngster. “We all lose. It happens to everybody. But use it. Use it to help make you a better fighter. Don’t make this a defining moment. Let this be a small step to making you better. Let it help you, to fuel you, to drive you to be able to do things that you don’t want to do.”

What do you think about Henderson’s advise?