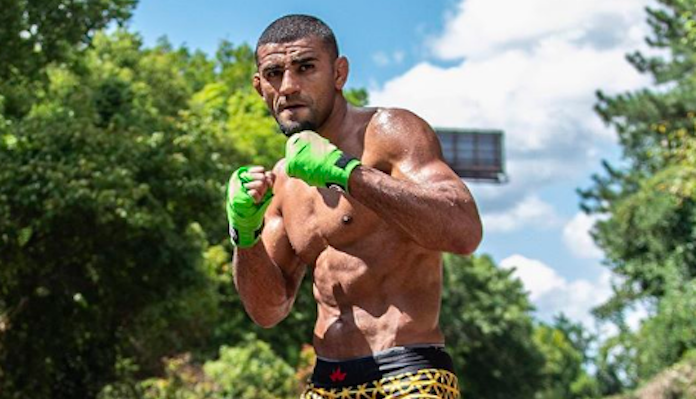 Lima now wants to test his skills against the very best in the sport. In an interview with Portal do Vale Tudo, Lima says that his dream is to fight Usman in a matchup to prove he’s the best welterweight fighter in MMA.

“It would be a dream to have a fight like that today (against Usman). Even though I’m a champion and I defeated everybody in Bellator, people still don’t consider me one of the best because of the UFC. Many people think that the UFC champion is the best of all and that’s final,” Lima said (h/t BloodyElbow.com).

With Usman under contract with the UFC and its president Dana White refusing to co-promote with other promotions, a Lima vs. Usman fight is just that: a pipe dream. Lima recognizes that although it’s his dream, it’s not a fight that’s likely to happen anytime soon, and that’s why right now he’s focused on fighting Mousasi, one of Bellator’s top middleweights.

“We’ll see (about moving up to middleweight). If there’s a belt on the line it would be even better. I want a superfight, I want big fights, and Gegard Mousasi would be perfect,” Lima said.

In the meantime, next up for Lima is a welterweight title defense against top contender Lorenz Larkin under the Bellator banner.

Would you be interested in seeing Douglas Lima fight either Kamaru Usman or Douglas Lima?