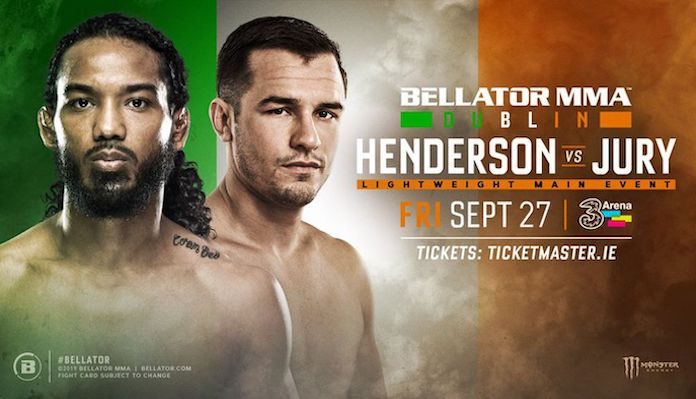 Former UFC lightweight champion Benson Henderson returned to the cage on Friday, where he took on fellow UFC veteran Myles Jury as part of the Bellator 227 and Bellator Dublin double-header.

Much of this Bellator action will air on tape delay, but if you’re the impatient type, we’ve got you covered. Keep scrolling for the results of the Benson Henderson vs. Myles Jury fight (h/t Pundit Arena).

After a close first round, an uneventful second, and another competitive round to finish the contest, Henderson vs. Jury left the cage-side judges in an unenviable position.

At the end of the bout, both men threw their hands up in victory, evidently feeling they’d done enough to earn the win. Yet in the end, it was the former UFC champion Benson Henderson who earned the nod. He’ll leave Dublin with a new unanimous decision victory on his record.

Jury, meanwhile, comes up short in his Bellator debut. He’s now on a three-fight skid, having also lost to Andre Fili and Chad Mendes in his two most recent UFC bouts.

What do you think is next for Myles Jury and Benson Henderson after Bellator Dublin?