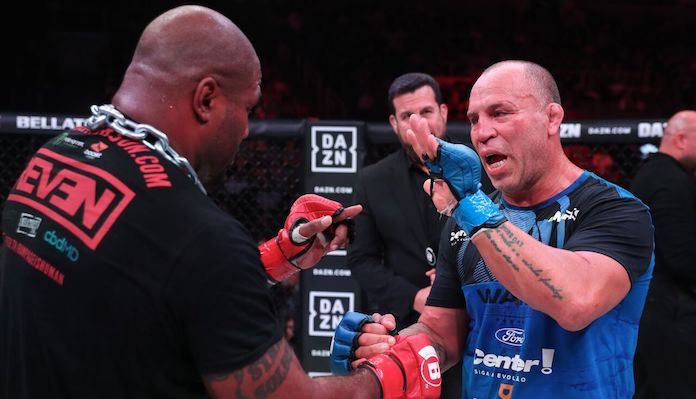 Bellator 206, which went down in San Jose, California on Saturday night, was among the biggest fight cards the company has ever promoted. As it turns out, this card featured some suitably hefty paydays as well.

Interestingly, the card’s main event fighters, middleweight champion Gegard Mousasi and welterweight champion Rory MacDonald, both took home less than Rampage and Silva. Mousasi, who scored a second-round TKO of MacDonald in the main event, earned a flat-rate of $150,000. MacDonald earned the same amount in defeat.

Beyond these co-main and main event fighters, the biggest earner of the night was former Bellator welterweight champ Douglas Lima, who earned $130,000 for his fifth-round submission of fellow former champ Andrey Koreshkov — though there’s a possibility of a much bigger payday in his future. Koreshkov earned $55,000 in defeat.

Here are the salaries for the Bellator 206 main card, which do not include any discretionary bonuses or undisclosed amounts the fighters might receive, and of course do not account for the taxes and expenses the fighters are on the hook for.

What do you think of the Bellator 206 salaries?