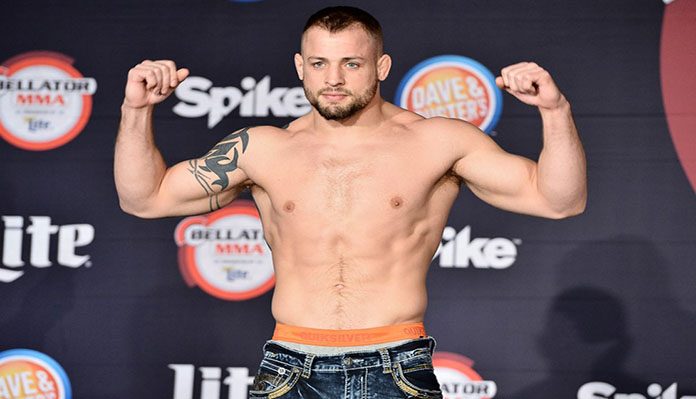 Bellator has made the decision to release a number of fighters from its roster, including former top welterweight prospect Chris Honeycutt.

Veteran MMA journalist Jason Floyd took to Twitter to reveal that the following fighters have been released. Here’s what Floyd said.

Just going through the list, Honeycutt is the most notable of the fighters to be released. “The Cutt” was 7-3, 1 NC in Bellator since making his promotional debut back in 2014. He was expected to be a welterweight title contender, but never made the jump from prospect to the elite of the division. After losing two of his last three fights, Bellator cut him.

Kato is also another notable name on the list. He was just 3-2 overall in Bellator but had a massive superman punch KO win over Joe Schilling back in 2015. He has not fought since 2017, though, and Bellator decided it was time to move on.

Njokuani is also a bit of a surprise on this list. The brother of former UFC fighter Anthony, Njokuani went 5-3 overall in Bellator. He lost his last two fights but was always putting on a show for the fans, so it’s a bit of a surprise to see him released.

We’ll see where these fighters wind up next, but don’t be surprised to see a few of these names in PFL’s Season 3 tournament next year. Also don’t be shocked if one or two of them eventually work their way back up and possibly even make it to the UFC.

By cutting all these fighters, Bellator opens up more room to sign free agents, including Cris Cyborg, to take their spot on their roster.

Do you think Bellator made good cuts here or did they surprise you?