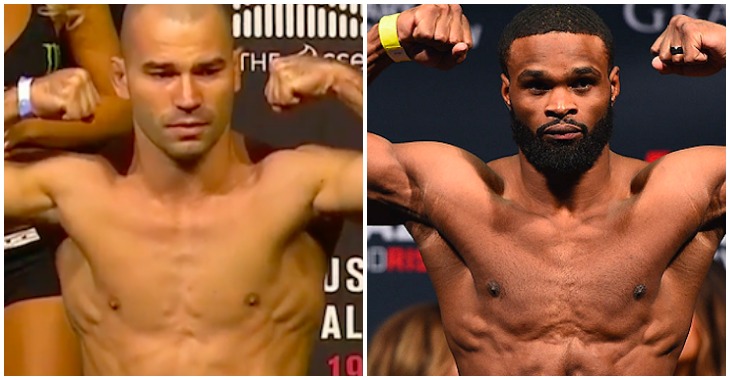 Last night, in the co-main event of UFC London, Icelandic grappling specialist Gunnar Nelson scored an extremely impressive submission win over a game Alan Jouban. With this win, Nelson reminded the world why he’s considered one of the best welterweights on earth, and set himself up for some massive fights in the stacked welterweight division.

Nelson, of course, has never been much of a talker, so impressive wins like this are very important for him when it comes to maintaining the interest of the fans. In the wake of Nelson’s win, his training partner Artem Lobov took to Twitter to express his belief that fighters should do their talking in the cage, rather than outside of it. In this Tweet, he directly addressed UFC welterweight champ Tyron Woodley, who has recently generated some controversy by calling himself the worst treated champ in UFC history, and claiming that he frequently deals with racism, even as a UFC champ.

Hey @TWooodley this is how you promote yourself, not by crying and moaning like a little bitch https://t.co/avy81MSn0D

While Lobov is certainly entitled to his opinion, it is worth noting that he recently talked his way into a massive step up in competition against Cub Swanson – so clearly, a little vocalization outside the cage can’t hurt. Sometimes talking gets you the opportunities and changes you want.

Lobov will enter his bout with the fourth-ranked Swanson having scored back-to-back decision wins over Chris Avila and Teruto Ishihara, neither of whom are ranked. The Russian-born Irishman is 13-12-1 overall.

Woodley, meanwhile, is fresh off a controversial decision defeat of Stephen “Wonderboy” Thompson. This fight was a rematch of a similarly competitive November draw with Thompson. Before his two battles with Thompson, Woodley won the UFC welterweight title with a thunderous, first-round knockout of Robbie Lawler. He’s a solid 17-3-1 overall.

What do you think of these comments from Artem Lobov? Sound off, PENN Nation!