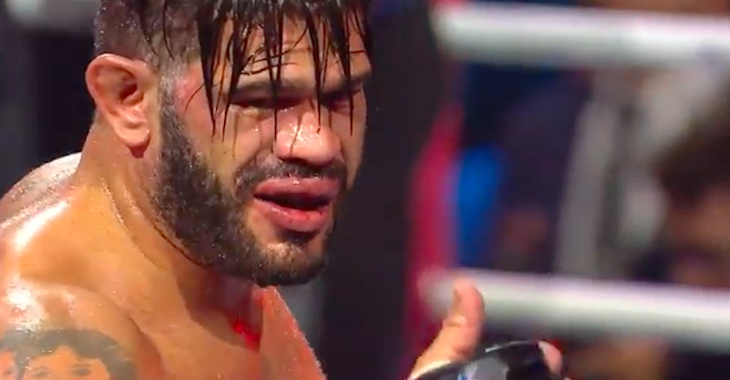 Despite being a tough 1-6-1 in his last 8 fights, former UFC heavyweight title challenger Antonio “Bigfoot” Silva shows no signs of slowing down. Some five months removed from his corruption filled loss to Ivan Shtyrkov in Russia’s Titov Boxing Promotion, the Brazilian heavyweight will once again fight in the country, this time against former Bellator heavyweight champion Vitaly Minakov, who is far and away the best heavyweight currently competing outside the UFC. The two big men will meet under the Fight Nights Global banner in St. Petersburg, Russia, on June 2.

Considering the fact that Bigfoot pocketed a whopping $200,000 for his shady loss to the relatively unknown Shtyrkov, his willingness to return to Russia to fight an opponent of Minakov’s standing is understandable. That said, the Brazilian is likely to be a substantial underdog heading into this fight, and rightly so. Bigfoot, meanwhile, currently sits at 19-11-1. Over the course of his career, which crescendoed during his time in Strikeforce and the UFC, he defeated names like Andrei Arlovski, Mike Kyle, Travis Browne, Alistair Overeem, and Soa Palelei. His recent losses have occurred against dangerous opposition in Cain Velasquez, Andrei Arlovski, Frank Mir, Mark Hunt, Stefan Struve and Roy Nelson – all of whom finished him with strikes.

If Minakov wins this fight, he is likely to become an even more appealing target for the UFC. Whether they are able to succeed where Bellator failed and sign him to a long-term contract, however, remains to be seen.

Do you think Vitaly Minakov can topple Bigfoot? Sound off, PENN Nation!