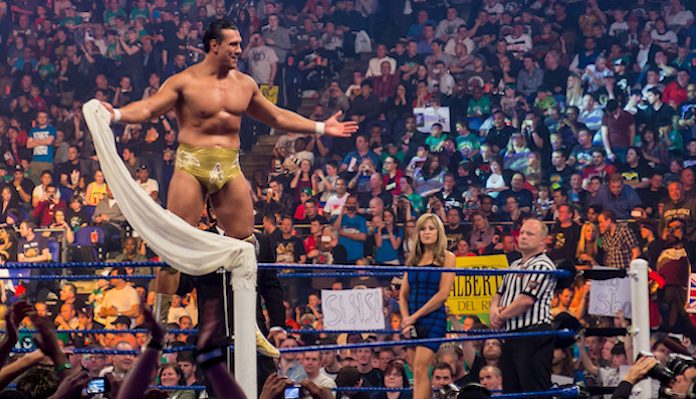 Former Impact and WWE star Alberto Del Rio (née Alberto Rodriguez) is looking to return to the cage next year. The 40-year-old spoke to Busted Open Radio recently and expressed his desire to fight fight again.

“[I’m looking to fight] end of March, beginning of April.” Rodriguez explained (transcript via Wrestling Inc). “My last pro fight was 11, 12 years ago in Japan. Of course I train every single day, but it is different to be in shape and into fighting shape and I am getting into fighting shape.”

Rodriguez (9-5) hasn’t competed in MMA since a Feb. 2010 loss to then 4-5 fighter Mamoru Yamamoto. He’s fought the likes of former UFC fighters Brad Kohler and former UFC/PRIDE star Mirko “Cro Cop” Filipovic. In order to keep himself in top notch shape, Del Rio revealed that he’s hired a nutritionist and has joined a MMA gym in Texas.

“I am training everyday, but of course now I am 40 and have a group of people telling me. Of course, I was trying to train the same way and eating the same way, but no, you have to change certain stuff if you want to continue training that way then you have to change the way you are eating and your sleeping patterns and all of those things,” he said. “Of course I am no expert. I know a lot but that is why I have my nutritionist and my personal trainer. I went with my friends to ‘Boxers and Brawlers’ in San Antonio to train the way I am supposed to train when you are 40, but doing it at a higher level. I have a lot of good people, good friends helping me with this. I always take everything serious when it comes to my career and my life, but this decision to go back to the cage is a big decision for me.”

There’s no word yet on which promotion Alberto Del Rio would be fighting for. However he does have ties to Combate Americas where he served as a figurehead role and there were also rumblings about him joining Bellator MMA back in 2014.