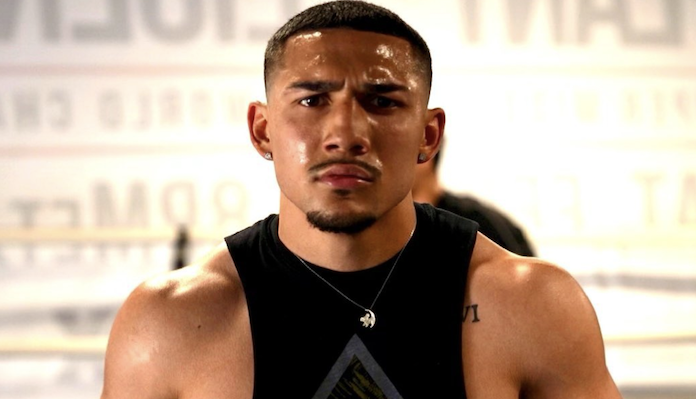 Lopez puts his lightweight belt on the line in June when he takes on George Kambosos Jr. With a 16-0 record as a professional boxer and coming off of an upset win over Vasyl Lomachenko, Lopez’s star has never been brighter. Ahead of his upcoming fight, Lopez was a guest on the “1, 2 with James and Kendrick” podcast and he was asked what he thinks about MMA fighters. Speaking to the hosts, Lopez was quick to point out that he’s a big fan of Masvidal, the UFC fighter who exploded into a true superstar over the last few years.

“I do like Masvidal. I like him, man, I like his style and his swag, man. The way he walks and the way he’s about his business. I like that, man. It’s a lot of great entertainment,” Lopez said.

Masvidal is coming off of back-to-back losses to Kamaru Usman, but he has proven himself to be a big draw. He’s also one of the best boxers in MMA, so for someone like Lopez who is so highly touted to say nice things about him is certainly a feather in Masvidal’s cap.

Will you be watching the next Teofimo Lopez boxing match and do you agree with the way he feels about Jorge Masvidal as a fighter?