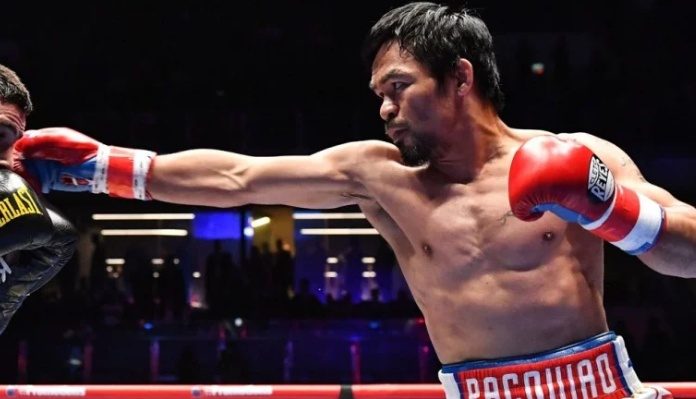 Legendary boxing champion Manny Pacquiao announced his retirement from the sport he loves by issuing a heartfelt farewell to boxing fans.

Pacquiao (62-8-2) dropped a decision to Yordenis Ugás last month, and following the fight, the legend hinted that it could be time for him to walk away from the sport that he loves. At age 42, Pacquiao is done with boxing. On Wednesday, he made it official with a video that he shared on his social media along with a heartfelt message to his boxing fans.

To the greatest fans and the greatest sport in the world, thank you! Thank you for all the wonderful memories. This is the hardest decision I’ve ever made, but I’m at peace with it. Chase your dreams, work hard, and watch what happens. Good bye boxing. https://t.co/Bde4wO82sA

To the greatest fans and the greatest sport in the world, thank you! Thank you for all the wonderful memories. This is the hardest decision I’ve ever made, but I’m at peace with it. Chase your dreams, work hard, and watch what happens. Good bye boxing.

Pacquiao leaving boxing is a big blow to the sport as he was still one of the biggest stars and the best boxers in the world despite getting up there in age. At the same time, however, it’s the decision that Pacquiao feels is the right one for him at this time. After a boxing career that spanned for over 26 years, Pacquiao is now done with boxing and he has decided to hang up his gloves. You have to respect his decision here even if you feel like he might still have a few more fights left to give the fans. But we won’t find out.

Pacquiao leaves boxing as one of its all-time greatest fighters. He has defeated some of the best fighters of all time during his many years in the sport, with victories over the likes of Oscar De La Hoya, Ricky Hatton, Miguel Cotto, Shane Mosley, Juan Manuel Marquez, Tim Bradley, Adrien Broner, and Keith Thurman. What a great career that it was, indeed.

We here at BJPenn.com wish Manny Pacquiao the absolute best in his retirement.