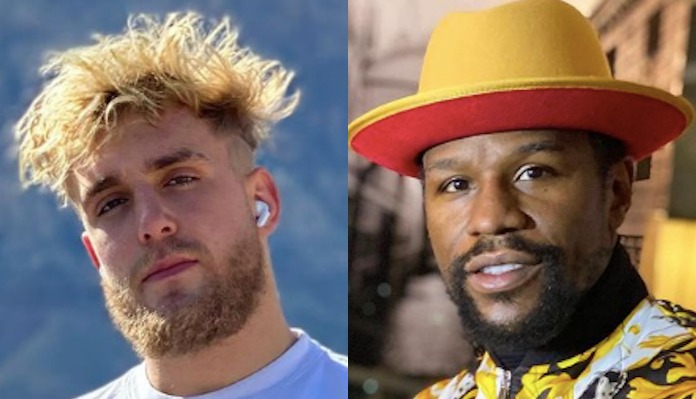 Jake Paul is already looking past his boxing match with former MMA fighter Ben Askren, setting his sights on a future showdown with Floyd Mayweather.

Paul is slated to meet Askren in an eight-round pro boxing match on April 17. While that fight with the former ONE and Bellator champion figures to be an interesting challenge for Paul, he’s already thinking about what he wants next: a fight with unbeaten boxing legend Floyd Mayweather Jr.

Paul made his callout of Mayweather, who is first expected to fight his brother Logan sometime this year, with a bizarre poem he read on social media.

“Dear Mr Mayweather, who runs your Instagram? They need to get paid better,” Paul said (h/t LowKickMMA). “Do us a favour and stay off social media. You should focus on learning to read, retirement or maybe an encyclopedia. You call me out to fight, but you’re half my height. You might beat my brother but Jake Paul is a different type. F*** your proposition, I don’t to exhibitions. We can fight on my conditions. 50-50 commissions. Oh and we haven’t forgotten you tried training Nate to beat me. I left him on conscious on the canvas. Let’s hope you’re not that easy. A quick NBA knockout – he’s never boxing again. Speaking of NBA, who knocked up your daughter my friend? After I KO Askren on Triller April 17. I would love to fight you Floyd and punch you in those fake veneer ass teeth.”

Mayweather was quick to respond to Paul, criticizing the YouTuber for his comments about literacy.

“Jake Paul is talking about he don’t do exhibitions, them two bullshit boxing matches he had were exhibitions,” Mayweather wrote. “They were not against real professional boxers. And I don’t even play when it comes to education because millions of blacks got lynched just for reading. Let me see, you went to get a black boxing trainer, try to dress like you’re black, wear jewelry like black people, try to dance like black people, but you don’t want to be BLACK. All you do is jack black swag from us. You go from groupie fan to a fake professional fighter, this world is crazy.”

Do you want to see Jake Paul and Floyd Mayweather meet in the boxing ring?