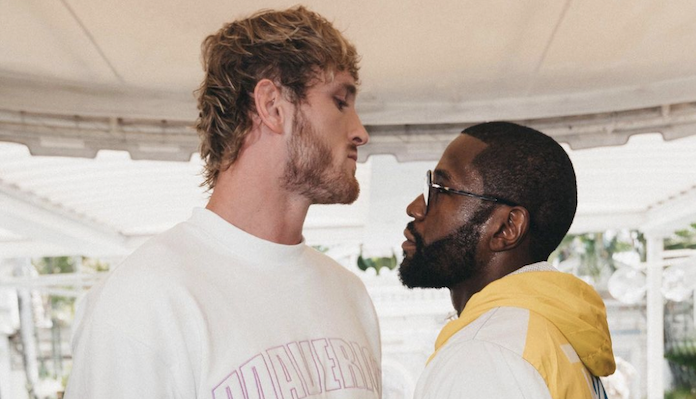 Floyd Mayweather couldn’t knock out Logan Paul in their recent exhibition boxing match because he was “too big,” says uncle Jeff Mayweather.

Mayweather, who is universally regarded as one of the greatest boxers of all time, fought Paul for eight rounds in an exhibition bout in June in Miami. The fight was entertaining at times, but it didn’t produce the highlight-reel knockout that fans were hoping for given the skill gap between Mayweather and Paul. But while Mayweather wasn’t able to get the finishing blow, it wasn’t for a lack of trying, said his uncle on the Champ and the Chump.

“I think he wanted to knock him out, of course, but he couldn’t. The guy was too big. He did so much holding and you know was strong enough to take those shots, and as soon as he got hit, he locked up. So that made the fight a little ugly. I still think if Floyd was younger, he woulda knocked him out,” Jeff Mayweather said (h/t The Mac Life).

According to the elder Mayweather, fans just need to realize that at age 44, his nephew is not the same boxer that he once was.

“I thought what happened could have happened because nobody else was thinking that the age, 44, was gonna show up. And plus, Logan Paul had Floyd about six inches in height, probably about 40 pounds in weight. And he still an athlete. He was a wrestler, so I mean, don’t get me wrong, and also he did a lot of holding. A whole lot. All of that played a part,” Jeff Mayweather said.

“I think the biggest part is that people have the tendency to forget that Floyd’s not superman. He’s still an athlete, but he’s not the same one that you see now. He’s 44 years old. He still did great for entertainment but I think a lot of people were disappointed because everyone thought there was gonna be a knockout.”