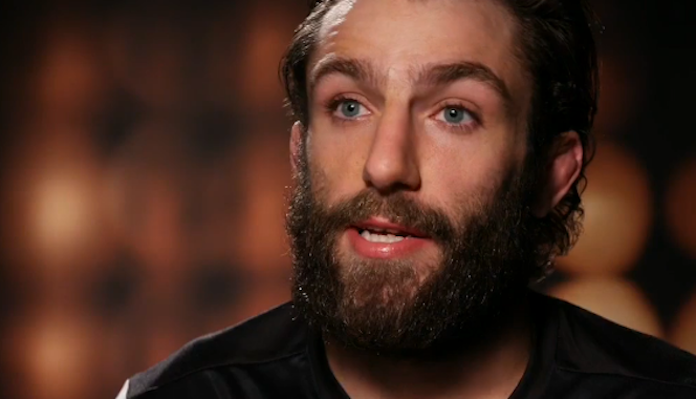 Chiesa takes on Vicente Luque at UFC 265 in August in a battle between top-10 contenders at 170lbs. UFC president Dana White has already confirmed that Covington is next in line to fight champion Kamaru Usman for the belt next, but if you ask Chiesa, Covington has no business fighting for the title when there are several other title contenders out there.

Speaking on the “Believe You Me” podcast, Chiesa blasted Covington for being a “sh*t human being” and explained why he shouldn’t be fighting for the welterweight title next.

“I think he’s a fierce competitor, but I just think he’s a sh*t human being. I think guys like me and Luque, and Leon Edwards, these guys that are actively fighting and striving to become number one contender, we should be rewarded with the opportunity to fight the champion,” Chiesa said (h/t Bloody Elbow).

“It shouldn’t be the guy that lost, won one fight, and just sits on the sidelines. That’s not enough. If that was the case, Luque should fight next, because he put Woodley out in a round, and it took you five.”

Chiesa believes that the winner of himself and Luque should fight for the belt considering they have been far more active than Covington has, who has only fought once in a year.

“I think whoever wins between me and Luque should be next. I don’t even want to say the guy’s name, because you know who’s name I’m going to say next. I don’t think this f*cking guy should be able to win one fight in a year and sit on the sidelines,” Chiesa said.

“What’s more important in the sport? Winning fights and backing up a win streak, or just being a guy that just — think about the things that he says. He’s just out here offending people’s families, offending people’s religions. He’s just sitting on the sidelines making himself look like an asshole. And not to mention, he didn’t even draw that many numbers! He thinks he’s this huge pay-per-view draw. F*ck Colby Covington!”

Do you agree with Michael Chiesa that Colby Covington doesn’t deserve to fight for the UFC welterweight title next?