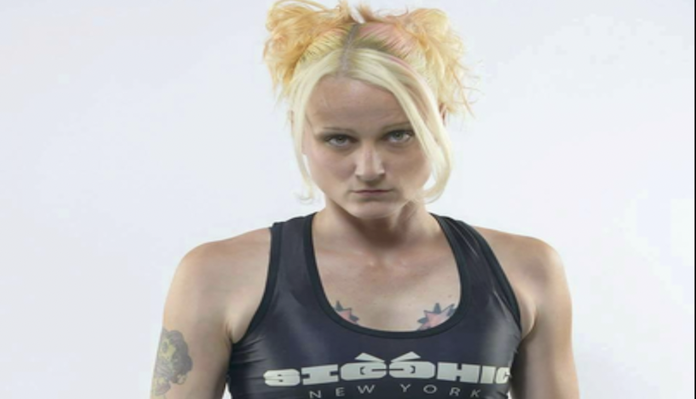 BKFC fighter Sheena Brandenburg has been charged in a deadly hit-and-run stemming from this past summer that left one man dead.

According to 9&10 News, “State police say Sheena Brandenburg hit a motorcyclist from behind around 1 a.m. in August and drove away. The rider, Grayling resident Troy Lambert, died of his injuries. Both Brandenburg and Lambert were at a local tavern before the crash. Brandenburg, a 37-year-old Gaylord resident, has had a warrant out for her arrest since October. Police received a tip in November that she was living in Missouri. She was arrested by local law enforcement and extradited back to Michigan for her arraignment on March 8. Brandenburg is charged with reckless driving and failing to stop at the scene of a deadly accident. Her bond is set at $250,000.”

The 37-year-old Brandenburg was last seen competing in BKFC in December 2020, losing via TKO (doctor stoppage) to Jenny Clausius. She went 1-2 overall in BKFC, with a TKO win over Ivana Coleman and a TKO loss to Delaney Bailey. MMAjunkie.com was unable to get a comment from BKFC when contacted. It’s unknown if she is still under contract with them.

In addition to fighting for BKFC, Brandenburg — who also goes by the nickname “Puma Starr” — was also an experienced MMA fighter. She had an 0-4 record as a professional MMA fighter between 2017 and 2019, including one fight in RIZIN. Before turning pro, Brandenburg had plenty of experience as an amateur, with a 3-17 overall record, including a submission loss to current UFC women’s strawweight fighter Cheyanne Buys in 2014.

Clark County Court online records also pointed to Brandenburg having a number of drunk diving-related offenses to her name. She had a warrant out for her arrest at the time she last competed for BKFC. Somehow, she was not discovered and was able to fight that night. After hearing this news, however, one would imagine BKFC will be severing ties.