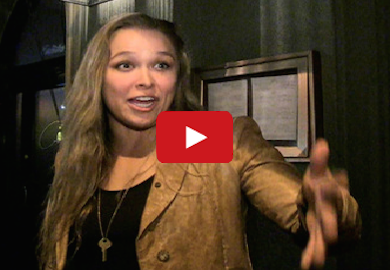 “I think she almost got… No, she got dropped, like, five times in her last fight, by some chick that I never heard of before. By the way, that chick was a G. That was pretty cool. But yeah, I’m the one with the belt and I’m not going anywhere and she was the one that asked to be released from the UFC, like 24 hours after they announced out of competition drug testing. So, I don’t know who’s running from who in this scenario, but she knows where I’m at. So, I’m not going anywhere.”