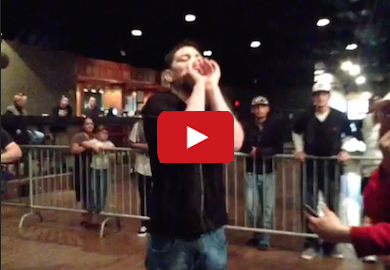 Hendricks put tomorrow night’s pay-per-view card in jeopardy today when he missed weight by nearly two-pounds. He made good on it though during his second attempt in Dallas.

Here’s the video: (Be sure to un-mute)