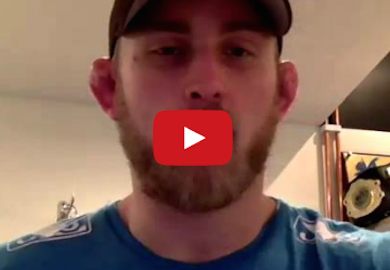 “If I look at Jones’ perspective I don’t think that’s strange, because he tries to avoid me. Everyone can see that. I can see that. He does what it takes to not fight me. For myself, it doesn’t make any sense. I think DC is a great fighter. I respect him and I think he’s a top contender, but I think he has to have another fight or two before he will fight for the title. The only thing that makes sense, in my mind, is me versus Jones next.”

“Yes I will. I want him to beat Glover Teixeira, because I want to take the belt from Jon Jones.”