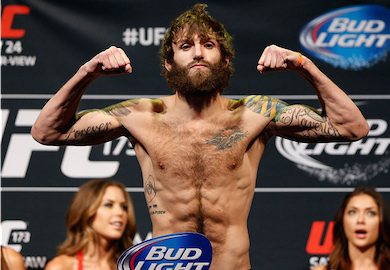 Michael Chiesa and Francisco Trinaldo headlined the Fox Sports 1 preliminary portion of the card and it was a one-sided affair.

Michael Chiesa walked into some trouble taking Francisco Trinaldo down at the beginning of the first round, but once he got him there it was one sided. Chiesa was able to take him down every single round and, even though he could not submit him like he wanted, he smothered him and did not allow Trinaldo to get back to his feet.

Francisco Trinaldo gassed late in the first round and it allowed Michael Chiesa to take him down and transition at will. After the bout, Chiesa stated he will be going on vacation with Sam Sicilia.