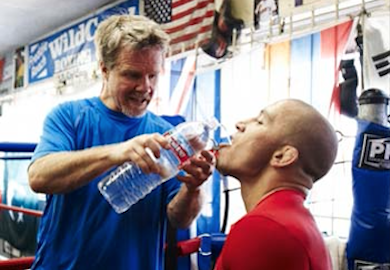 “He told me he wanted to take two years off and I told him two years was retirement. Let’s stick with one year right now and see how you feel and if you feel hungry enough to get back in there, we’ll do it. If not, we’ll call it a day. He had headaches and so forth. You don’t want to hear that. It’s really easy to make a decision after a tough fight like that and after Dana talking really bad about him, getting him depressed and so forth, dragging him down. Most promoters would try to build you back up, but Dana’s not that kind of cat. I’d think about going to another company if that was me, but UFC is a monopoly, it’s the only game in town. I’m sure if he wants to come back, Dana will be the first one to invite him.”

Famed boxing coach, Freddie Roach, breaks his silence on the GSP vs. UFC media banter and offers up his own assessment of the situation to Fight Hub TV.

Is Roach on the money, or is he talking out of place?