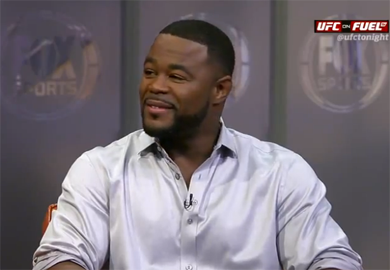 Former UFC light-heavyweight champion, Rashad Evans, had hoped to get in one more fight before the year’s end.

However, coming off a UFC 145 loss to Jon Jones and with the rest of his division tied up with other bouts, there is no one for the former champ to fight inside the top 10 of the weight class.

While spending time on the set of FUEL TV’s “UFC Tonight”, “Suga” explained why and what it would take to make the drop down from 205 to middleweight.

The video segment is below: