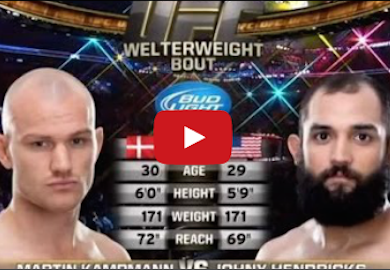 UFC veteran Martin Kampmann was riding a three-fight winning streak before running to heavy-handed Johny Hendricks. Hendricks, winner of nine of his first 10 UFC fights, showed why he’s so dangerous on his feet en route to his eighth career KO.