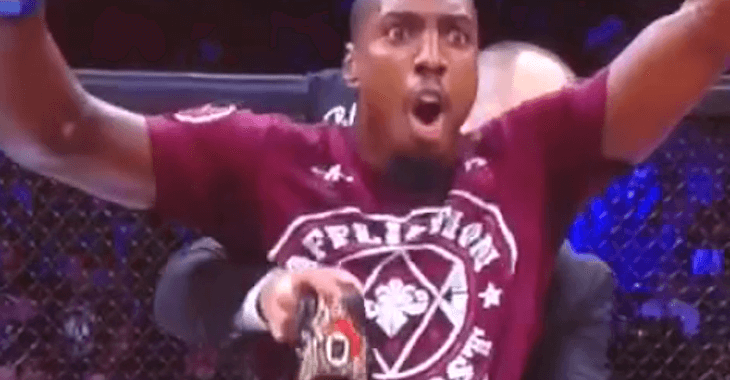 In April 2015, Phil Davis made the biggest decision of his career when he jumped ship from the Ultimate Fighting Championship to Bellator. Davis surely made an impact on his first fight with his new company as he won two fights in one night to become the next Bellator Light Heavyweight Championship challenger!

Davis didn’t even need five minutes to dispose of former champion Emanuel Newton on Saturday night at “DYNAMITE”. Newton landed some good shots on Davis, but “Mr. Wonderful” locked on a kimura that there was no escape from. “King Mo” won the semi-final bout on the opposite end of the bracket but injury kept him from competing for the right to fight for another championship.

Francis Carmont won a reserve bout earlier in the night and earned a spot in the finals, but was knocked out in less than three minutes by Davis. “Mr. Wonderful” not only earned a future shot at the gold, but got a bit of a trophy as a reward! You could tell Davis was not expecting the boss to put gold around his waist on his first night with the company— check out the video below!