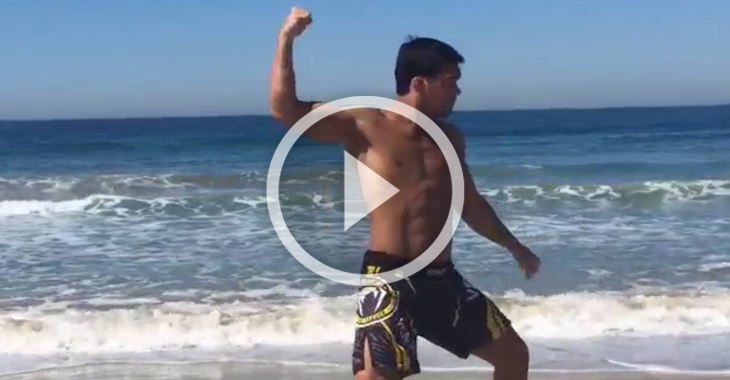 Lyoto “The Dragon” Machida utilized a traditional Karate background to attain the UFC light-heavyweight title, on an epic unbeaten run back in 2009.

Kata (形, or more traditionally, 型) (literally: “form”) is a Japanese word describing detailed patterns of movements practiced either solo or in pairs. Each is a complete fighting system, with the movements and postures of the kata being a living reference guide to the correct form and structure of the techniques used within that system. Karate Kata are executed as a specified series of a variety of moves, with stepping and turning, while attempting to maintain perfect form. The practitioner is counseled to visualise the enemy attacks and their responses. Karateka “read” a kata in order to explain the imagined events. The kata is not intended as a literal depiction of a mock fight, but as a display of transition and flow from one posture and movement to another, teaching the student proper form and position, and encouraging them to visualise different scenarios for the use of each motion and technique. There are various forms of kata, each with many minor variations.