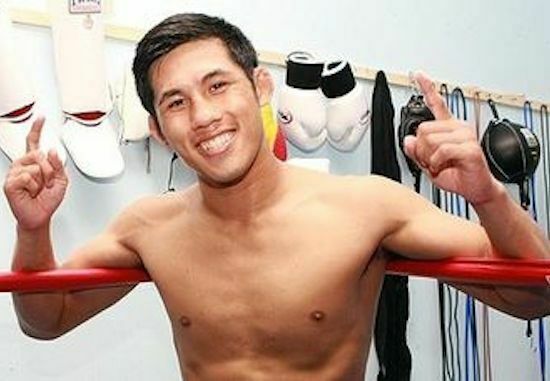 Bellator 131 is set to kick off with a bang as two explosive bantamweights are set to square off to open the main card on Saturday, November 15th from The Valley View Casino Center as Mike “The Marine” Richman will take on Nam Phan live on Spike TV. The fight joins a card already featuring an explosive middleweight fight between Melvin Manhoef and Joe Schilling, a light heavyweight affair between King Mo and Tom DeBlass, a lightweight title fight between Michael Chandler and Will Brooks, along with one of the biggest grudge matches in the sport as MMA icons Tito “The Huntington Beach Bad Boy” and “The American Psycho” Stephan Bonnar battle at light heavyweight.

Richman enters the fight fresh off a devastating knockout victory in his bantamweight debut against Ed West at Bellator 126 and is looking to keep the momentum going at Bellator 131 November 15th. The fight also has a deeper meaning for the Minnesota native, as one of the largest Marine bases in the country, Camp Pendleton, is located just miles from San Diego.

“This is a fight that is going to kick off this stacked show with a bang,” Richman said. “Fans can expect two talented punchers staying in the pocket looking for the finish. I plan on seeing a bunch of Marines in attendance cheering loud, and just like we do in the Marine Corps, I’m going to locate, close width, and destroy the enemy by fire and maneuver.”

Phan joins Bellator currently riding a two fight finish streak and has collected victories over Cole Miller, Leonard Garcia and Saad Awad during his thirteen year career. A California native, Phan is looking forward to making his debut so close to home while keeping his finishing streak intact.

“I’m very excited to be part of the new Bellator with Scott Coker and the rest of the team,” Phan said. “This is an opportunity to fight on a huge stage once again and I’m so happy to be able to fight in front of all my friends, family and supporters in California.”