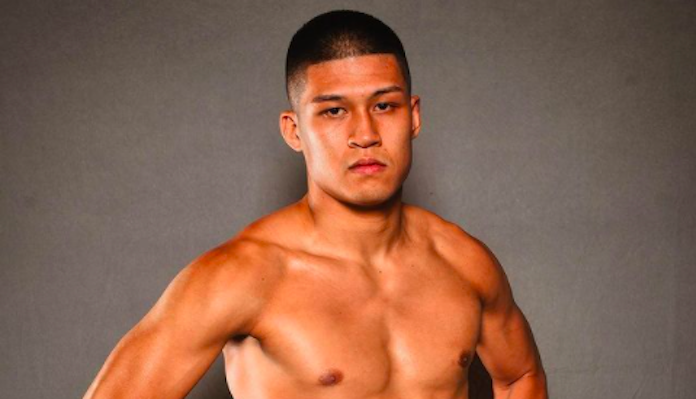 Featherweight prospect Steven Nguyen defended his brutal knockout at LFA 100 after online outrage due to a late punch he landed after the KO.

Nguyen, a former Contender Series fighter, brutally finished Jorge Juarez just 30 seconds into the fight with strikes. After landing a gigantic right hand that knocked Juarez to the floor, it appeared as though Juarez was knocked out cold. Nguyen followed it up with a brutal ground strike that led to fans online saying he took a cheap shot at his opponent. Despite the fact that the referee hadn’t officially stepped in and waved off the fight at that point, some fans believe that Nguyen should have shown better sportsmanship towards Juarez. Despite the backlash, however, Nguyen says that everyone has it all wrong.

Taking to his social media following the big win and the controversial finish, Nguyen said that he didn’t actually hit Juarez in the head with his fist as some said, he hit him in the shoulder instead. He did not apologize for the punch, but if he truly did hit his opponent in the shoulder and not in the back, then there really isn’t anything for him to apologize for.

I actually hit him on the shoulder not the back of the head. #Fyi https://t.co/oUitVQCWse

Nguyen (7-1) won the first six fights of his MMA career before being signed to fight on the Contender Series, but he lost via flying knee KO when Aalon Cruz finished him in July 2019. This was actually Nguyen’s first fight since that night, as he didn’t fight at all in 2020. The Fortis MMA product is an excellent young fighter at 145lbs who would have already been in the UFC had he not blown his chance on the Contender Series two years ago. Despite the perceived lack of sportsmanship during the finish, Nguyen seems like exactly the kind of guy that the UFC matchmakers could call up to the big show for a short-notice bout.

Do you think Steven Nguyen was in the right or wrong for his finish at LFA 100?