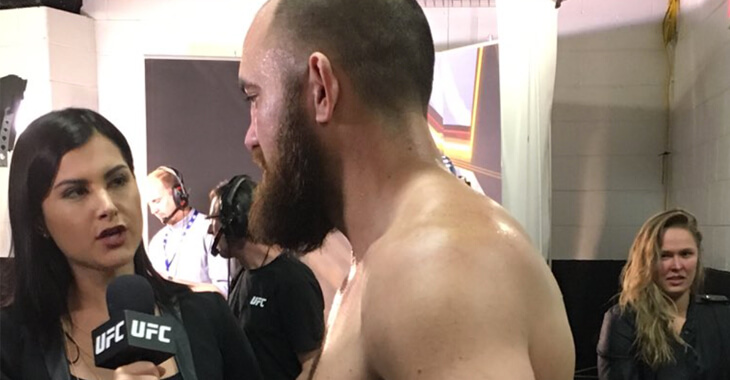 Ronda Rousey has been laying low since her knockout loss to Holly Holm at UFC 193 back in November of last year. Both fans and critics of Rousey excitedly click and keyboard their opportunity to either praise her in her rise to stardom or criticize her for her hardships she has faced in her career as a polarized superstar.

Rousey was buzzing after the weekend simply because she was spotted backstage with a couple competitors from the event including her boyfriend Travis Browne and fellow UFC fighter Maximo Blanco.

While Rousey has been taking time off from fighting and filming movies, the date for her next fight in the UFC is unknown but a potential rematch with Holly Holm is lingering in the distance as Holm is set to fight Miesha Tate at UFC 197.

Will a rematch with “The Preacher’s Daughter” still take place if Holm were to lose against Tate? Share your thoughts with us in the comments!